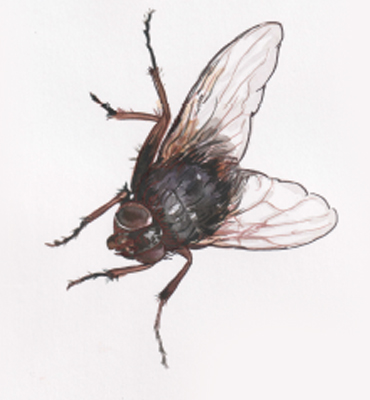 Flies are found abundantly almost everywhere with over one lakh species of flies worldwide. Generally, insects which fly are termed as flies. But only those insects that have just one pair of wings are termed as true flies, except few parasitic ones found mostly in isolated islands and mountain peaks. Flies belong to the insect order called Diptera which means insects with two wings.

Maggots are the initial immature stage of flies which is typically found in dead animals and rotten surroundings such as plants, water and wounds. Flies feed mostly on decaying material including fruits, meat faeces, sucks nectar from flowers and sweets. Just a pair of flies is capable of producing thousands of offspring during their lifetime.

Flies are responsible for causing many diseases for both human and animals as they are thecarriers of deadly viruses and bacteria.

Treatment is of two types

All the flies will die


NOTE: Does not harm to human and even environment.