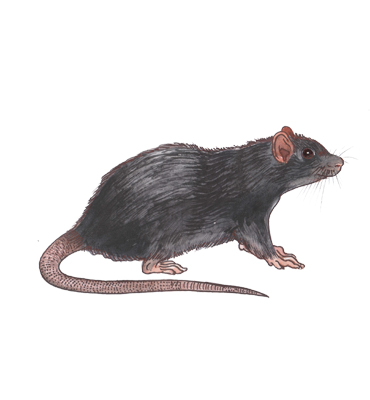 Rodents are warm-blooded animals found in almost every part of the world. Though small in size, they are the largest group in the entire mammalian kingdom consisting of roughly over 4,500 spices. This means that over a staggering 40% of mammals are Rodents! Rodents survive the harshest of climatic conditions and eat extensive varieties of seeds, plants, fruits, nuts, flowers, earthworms, snail and insects, based on availability. At times, they eat their own feaces, which gives them a chance to absorb undigested nutrients. These animals are characterized by their prominent upper and lower pair of ever-growing strong incisors. Unlike other mammals, rodent’s teeth are rootless, ever-growing and strong. Rodents have powerful muscles attached to their jaws and skull which provide them with enormous power to chew and bite food.

HUMAN HEALTH & PROPERTY:Human habitat is the most reliable source of food for most rodents and they have an innate ability to adapt to human surroundings. This is inconvenient and many times deadly to human beings as they cause extensive damage to both health and property.

INSIDE THE CAR:Rodents prefer staying in the car due to the engine’s warmth and take shelter there during the rainy season. However, they inflict significant damage by chewing wires and plastic components, infecting the hoses and spoiling upholstery.

IN THE GARDEN AREA:They burrow and create tunnels, making the external land surface fragile and damaging the landscape.

INSIDE THE KITCHEN:They Contaminate food and their feaces cause diseases as they carry dangerous bacteria and viruses. They also damage gas stove pipes, AC lines, refrigerator lines and are capable of causing electric short-circuits.

IN THE BASEMENT:Rats destroy plumbing and utility pipelines, drainage systems and most importantly contaminate drinking water storage by their feaces and carcasses.

IN THE ATTIC:The attic is usually a storage space, where they can destroy papers, clothes, toys, furniture and antiques. Most often, leaks from attics are due to rats chewing the pipelines.

STORED SEEDS AND PLANTS::- They end up eating seeds, saplings, shoots, roots, fruits and almost any farm produce. As a result, they can cause havoc before, during and after the harvest.

PRECIOUS FAMILY HEIRLOOMS:They cause irreversible damage to family heirlooms, paintings, books, documents and other such items which are impossible to replace.

We prevent Rodents of all type from entering the human habitats. Most importantly, hygiene is restored by our scientific method without causing any side effects to humans and pets.