As name indicates, Dry wood Termites live in undecayed wood with low moisture content like lumber, dead tree branches, wooden poles, fences, wooden buildings as well as furniture. They thrive in dry environments, both indoors and outdoors. Drywood Termite female and male pair enter the wood, they populate it with their offspring. They can almost entirely live on wood surfaces without having any contact with the soil. Drywood Termite can cut across wood logs, leaving a characteristic pattern of tunnels caused by their movement, nesting, crawling or eating habits. They can accumulate on horizontal surfaces below the openings. Most times, these termites go unnoticed until significant damage has already been done. 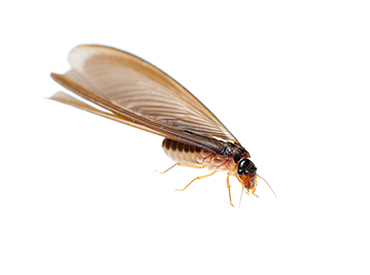 GIST OF HISTORYTermites have a simple metamorphic lifecycle including egg and larval stages. They are typically divided into castes of individuals such as workers, soldiers and reproductive adults.

Worker Termite: Worker termites make up nearly 90-95% of colony and they are the providers and foragers of colony without the workers, the colony would fail. The workers are sterile, wingless, blind, with pale bodies and lack compound eyes. . They can be male or female and sex is irrelevant because they are immature and do not reproduce. The worker’s duties are to care for the colony members like the termite eggs, termite larvae or nymphs, secondary reproductive, soldiers, the king and the queen. They clean the colony, feed the colony and regulate the temperature of the eggs and nymphs. Workers are the sole providers and home keepers of the colony performing a host of tasks as well as collecting food, feeding the queen, soldiers and the young and constructing galleries in the wood. The average lifespan of a worker is around 2 years.

Soldier Termites:Soldier Termite make up nearly 1 to 3% of the colony’s population. They also look like the worker, as they too are wingless, have pale bodies, large jaws, are blind and are typically lacking pigment. Soldier’s body is soft and has a modified head region with powerful mandibles. They use the mandibles to secrete a toxin from their head to ward off the invaders. Soldiers are unable to feed themselves and they are defended by the workers. Like the worker, the average lifespan of a solider is about 1 to 2 years.

The King:There are usually 5 - 8 kings that mate with queen throughout her lifetime. The king is present to keep the queen fertilized so she can lay eggs. . The average lifespan of a King is around 21 years.

The Queen:Interestingly, usually there will be only one queen in the colony, though large colonies may have two or more queens. Once there are sufficient amount of workers to take care of her, she increases her egg production and begins to producing on an average 30,000 eggs in a day. That’s 1,09,50,000 eggs per year. They are dark brown in pigment and are fully developed with wings. The average lifespan of a Queen is around 10 to 12 years.